This is the 9th Father’s day my husband and I have celebrated as parents considering we jumped the gun and observed the unabashedly commercial circus when I was only 5 months pregnant with our son.  Didn’t see any point waiting until he arrived really – as the promise of parenting was enough to have a sickly sweet homage to Grumpy and his ability to knock me up successfully.

Grumpy is an amazing father, a funny dad, an engaging teacher and an excellent role model.  Our quirky kids are lucky to have him.  I’ve thought long and hard about what it is that I appreciate most about his parenting, and it comes back to the very same thing I fell in Love with so many years ago, and continue to fall in Love with over and over again.

My husband is the patriarch of a particularly eccentric crew of peculiar people.  Our weirdness is both bane and blessing in our journey as parents and through life. 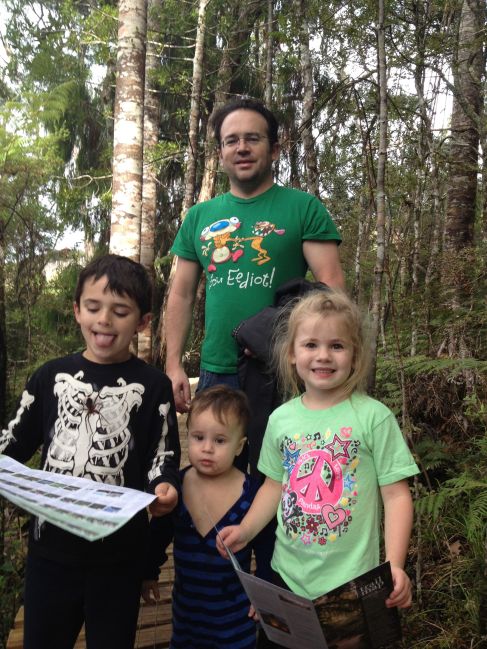 I could spend the rest of this blog telling you stories of his beautiful eccentricities, but I think it is probably more useful to change tack a little and illustrate how being bizarre and occasionally disruptive has helped our kids, our social circle, our place in the community, the world, and our marriage.

So what is an eccentric?

Well, according to Wikipedia, the difference between being mentally ill and eccentric lies in the fact that the mentally ill suffer as a result of their behavior and eccentrics are actually quite content being on the fringes of society and dancing to the beat of their own drums.

Okay.  I’ll buy that for a dollar.

I’m also not going to get into the rather sticky territory of mental illness.  I’ll save that for another blog.

I am reminded daily, if not several times a day that my family and I are not normal.  Generally this doesn’t affect me adversely, and not unlike the kindred spirit I married, the fact I was a freak was pointed out early and often.

So what happens when freaks breed?

Well… the freaks create new humans who are probably genetically pre-disposed to freakiness.  Those humans are then exposed to an environment where they are shown by example that pandering to social norms is not as important as being decent, kind, moral, engaged and curious.  The little humans are encouraged to question why things are the way they are.  And then; day by day, week by week, and year by year they strengthen their own morality and even their own eccentricity, and become quirky, funny little people who get glowing reports at parent teacher interviews.  Or at least that seems to be what’s happening here.

I know.  I was as surprised as you.

It is sometimes a daily struggle to cope with the minefield of raising children, from anxiety to bullying and from nutrition to behavior we drop the ball regularly and then pick it up and keep going and doing the best we can to Love and nurture our little people every day.

We accept our rough around the edges offspring for all their individuality, and with all their gifts and challenges.  When they are faced with the heartaches that come from being punched on the playground or excluded from play or told that you are fat or ugly, we are there to listen, offer examples of similar heartaches survived on the canvas of our own childhood, and we hug them, tell them they are Loved and send them back out into the trenches of childhood and life to learn from their knocks and bruises.

My husband is patient, almost to a fault with his children.  Particularly his two boys.  I have a much shorter fuse with them than he does.  He understands how they think and takes great pleasure in watching them figure things out for themselves and engage with the world and the universe around them. 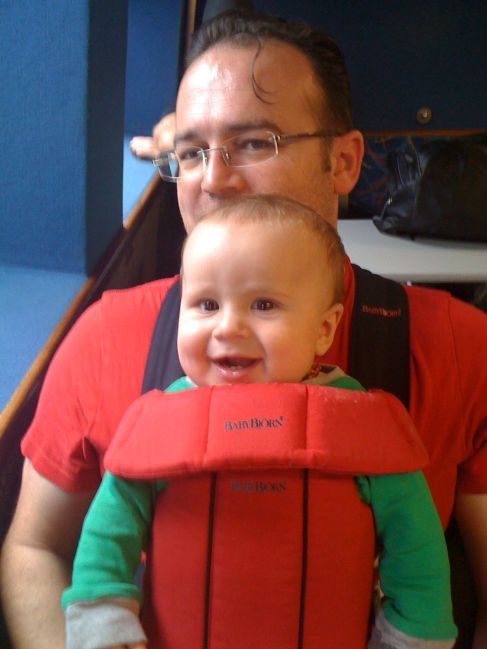 Grumpy has deep and complex physics conversations on relativity and energy and matter with all three of the children, the youngest of whom has just turned three.  Some may call this strange or eccentric, but you know what, some of it certainly sticks.  The older children have more than a rudimentary understanding of science and technology, and their understanding of physics far surpasses my own.

Researching this blog I found out that Einstein used to pontificate at length about matter, energy and the universe to his young nephew.  I’d like to know what happened to that kid actually.

My son stated rather plainly several years ago, shortly after starting school:  “Dad’s a nerd isn’t he?”  To which I responded: “What makes you say that?”  And he rattled off the features that do indeed safely secure his status as a nerd.  We also concluded that based on the criteria, I was also a nerd, despite not being as clever as Dad at maths and science.

“Does it bother you that your parents are nerds?”  I asked him.

“No.  I think its cool.”  Was his earnest response.

I felt that was a considerable parenting win.

I am somewhat certain that our eccentricity will be a source of deep and painful embarrassment to our children in years to come.  Much like my parent’s rather consistent normality caused me so much fabricated mental torture I suppose.  But they will cope, and come to appreciate their nerdy and socially awkward parents and the desire they had to plant and nurture seeds of strangeness in them through example and genetics.

So I’d like to make a heartfelt and genuine shout out to anyone who might relate to this even a little.

If you are the kind of family who dreams of taking your kids to Comic-Con one day, or you get a warm glow when your children show an almost obsessive desire to learn every detail of their latest obsession (be it Tolkien, Star Wars, Pokemon, or Potter books).  or you fall anywhere out of the parameters of normal, I applaud you, I appreciate you and I thank you for the kids that you are raising that will add colour to the canvas of our world.

All fathers who take an active interest in their children are amazing and should be celebrated.  Society spends so much time patting the soccer and little league coach on the back, that I thought it was about time someone acknowledged the kid who maybe got shoved in a few lockers that grew up to be an amazing role model and remarkable and inspiring hero to their little people.  That guy, who I strongly believe my husband to be, is raising kids that strive to accept and even embrace the differences in themselves and others.  They get that we don’t all come in cookie cutter varieties and being better at some things and worse at others is just fine.  They are free to Love Star Wars or My Little Pony, even if their friends don’t think its cool.

We come in all shapes and sizes and we bring different stories and experience to the parenting table that is set for us when our first child is born.

I just wanted to take a moment to wish all the Dads a very happy and relaxing Father’s Day.  Especially those who excel at eccentricity.  And for those who haven’t taken a walk on the weird side, I’d say don’t be afraid to give it a try.  You might find you like the freedom being a bit of a freak offers.

Wishing you all the best on your parenting journey, wherever it may take you.

2 thoughts on “The Excellence of Eccentricity – Happy Father’s Day to Our Special Eccentric Daddy.”