All the world’s a stage,

And all the men and women merely players:

They have their exits and their entrances;

And one man in his time plays many parts, 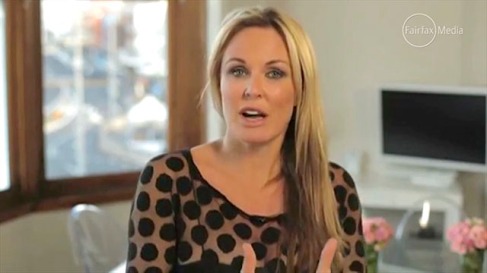 If I am not mistaken, this is an image captured from her taping a morning show at channel 9 in Sydney just hours before she died.  So. Yeah.  Don’t judge a book by its cover…

Reports say she was confirmed dead at 11:18am Sydney time.  Facebook was awash with the news by 4:00pm in New Zealand.  That would have been about an hour after the news officially broke.

I am not going to pretend to have been a great fan as until researching her this morning, the only things I found endearing about her was her active anti-bullying campaigning, and, to a lesser degree, her public battle with depression.  Both of these things I could relate to, and felt a great deal of empathy for her plight where these things were concerned.

She was not, as far as I can piece together, a media darling.  I know very little about her catalogue of work, in fact, I am not sure I’d ever actually seen her on television.  So my only exposure to her has been tabloid snippets of her sticking her foot in her mouth, or the news that she was ditching twitter because of trolls and bullying.

It turns out, that she was more than the shallow, ditsy, aging blonde bombshell that most of us, if we are honest, just dismissed.

Most of what we saw drew a picture of a somewhat spoiled and shallow party girl.  If you saw Charlotte Dawson, it was on a soft news or travel program, or at a party or on a red carpet somewhere.  So the logical conclusion was that she was just going through life as a bit of a pampered and sheltered princess, which most of us could not relate to and many of us did not find very endearing. 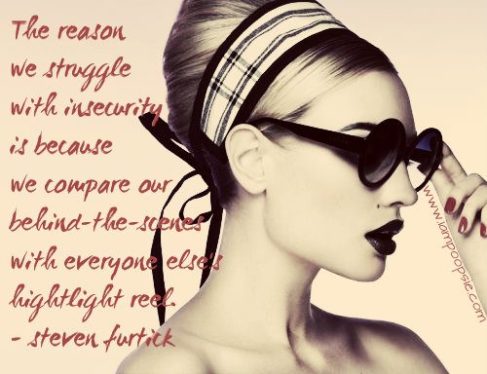 Meanwhile, she fought very real battles, and by so many accounts was a sweet and sensitive soul with a beautiful laugh and a deep and unsated desire to be Loved and accepted…

When I am interested in a media or public figure it is because of their humility, their social and political views and effect, their philanthropic work and my perception of their ability to stay grounded and prioritise effectively as a human being.  Charlotte Dawson, for all intents and purposes, appeared to me to be an insecure socialite and party girl.  She always seemed so desperate for the warm glow of the spotlight, and still seemed to tragically lack the strength and resilience to deal with the slings and arrows that came with choosing a life in the public eye.

I took an hour or two this morning to do a bit more research.

She did some really good charity work.  She chose a variety of causes and people to support, and seemed to have a soft spot for the misunderstood underdogs (no surprises there).  She was still in Love with her bad boy ex-husband.  Reading bits and bobs now, I am feeling more than a little bad for being so dismissive.

Previously, news on the former Kiwi fashion impresario and TV presenter was met with a sigh and a change of the radio station or a flick over to my iTunes.  I sort of lumped her into a category of shallow, plastic surgery donning, self-promoting anti-role models.  Other local and international celebs of note that made that list for me personally would include Sally Ridge or the Kardashian family.  These are people I simply do not understand, who seem to be famous for no better reason than their desire to elbow into the pages of tabloid magazines or ride the reality television wave.  I do not personally know any of them, so can’t pass any accurate opinion on them, however; if they choose to live their life in the spotlight, they will be judged and opinions will be formed.  It is what society does and the row that they’ve chosen to hoe.

So, until yesterday, I never really stopped to think that Charlotte Dawson might actually be a sweet person who tried in her own way to be kind and find happiness.  And, it appears, that this was essentially all she was trying to do.

She left NZ at 16 on a modeling contract and later settled across the Tasman in Australia.  I can only imagine the things she had seen living that kind of a life with casting couch antics, feeling constantly judged and picked apart by critics and false friends.

It is all a stark reminder that we ought to be kind, for everyone is fighting battles we know nothing about.  Her ongoing struggles with trolls and bullies online was well publicised here in NZ.

Here’s the thing about that.

Many, if not most people do and say things that vary from mildly offensive or eye roll worthy, right the way through to absolutely appalling as far as I am concerned. 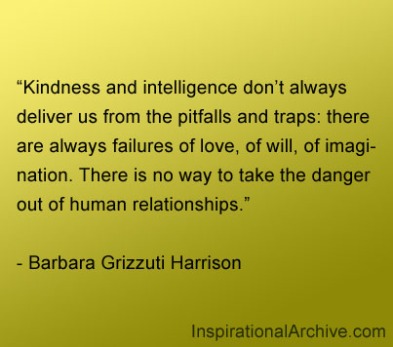 Interpersonal communication is a minefield, online and IRL… Putting yourself out there leaves you open to perception and attack, but it also leaves the door open for mutual understanding and successfully establishing and nurturing relationships with other human beings.

I do this because I too am very proficient at cringe worthy or hypocritical postings from time to time, so cannot throw stones.  I do this because what goes around truly does come around online and IRL (In Real Life).  I do this because it feels right to be nice, and it makes me feel terrible when I lash out or say or do something cruel.  And I do this because I still have a naughty dark side that I reserve for my closest friends and loved ones where I let rip with my less-than-pleasant opinions on people or things in the safety of private messages, closed groups, or our personal conversations.

There have been a few exceptions.  I saw snippets of that Kanye West video and laughed and laughed and LAUGHED and engaged in a less than supportive thread on my wall about it all.  In my defense though, have you seen that thing.  Wow. Just. Wow.

People are criticizing Twitter for not being more pro-active with trolls.  Trolls are sick, sad, and terribly broken, and there is plenty of scientific evidence to back this assertion up.

We’re treading uncharted wildernesses with social media.  It is an opportunity for us to share and connect with strangers and friends like never before thought possible.  And, as is the case in real life, having an opinion or saying something out loud leaves us open to scrutiny or even attack.

Chasing the holy grail of a well-managed viral campaign is every social media and PR practitioner’s mecca.  Charlotte Dawson was just doing what most celebrity and public figures must do, and joining in the social media circus.  I am basing a career and investing heavily in attempts to help people and organisations I believe to be ethical to help navigate this minefield successfully and transparently.

We pump out relevant content, we roadmap our brand strategies, we collate and post relevant and original images and material so that people will click over and be exposed to the messages we are trying to share.  And if we are really successful, those messages will sink in enough to cause some sort of actual activity or even ultimately catalyze ongoing change and have a lasting effect!

The truth is though, the vast majority of anything that is posted online is ignored.

The only thing worse than being ignored, is being vilified or attacked.

Probably useful to take a few steps back and explain what cyber-bullying is and what defines a troll.

Here’s the definitions according to the Oxford Dictionary and Wikipedia:

the use of electronic communication to bully a person, typically by sending messages of an intimidating or threatening nature.

In Internet slang, a troll (/ˈtroʊl/, /ˈtrɒl/) is a person who sows discord on the Internet by starting arguments or upsetting people,[1] by posting inflammatory,[2] extraneous, or off-topic messages in an online community (such as a forum, chat room, or blog), either accidentally[3][4] or with the deliberate intent of provoking readers into an emotional response[5] or of otherwise disrupting normal on-topic discussion.[6]

This sense of the word troll and its associated verb trolling are associated with Internet discourse, but have been used more widely. Media attention in recent years has equated trolling with online harassment. For example, mass media has used troll to describe “a person who defaces Internet tribute sites with the aim of causing grief to families.”[7][8]

Cyber bullying is prolific among young people.  Kids are being attacked, ganged up on, ridiculed, and in some cases driven to self-harm and suicide by the cruelty of their peers.

It is not just a problem facing youth, however.

There is an army of nasty trolls who take it upon themselves to pick targets like Charlotte Dawson and viciously attack.

These people are sick.  Genuinely, seriously broken.  And the way they cope with their broken is to post cowardly attacks and go trolling to insight discord.

So many people have said things like:  “Oh I hope they all feel terrible!”  or “I hope those nasty trolls are happy now!”  But I suspect the vast majority of people who attacked her and attack others like her do not feel much remorse.  I suspect, after dating a narcissistic sociopath or two in my time, that these people are genuinely so detached from reality that they feel nothing at all about this, or any other world events and they will continue to go through life conning, manipulating and mistreating people online and IRL.  And THAT is a tragedy.

I’ve just watched my word count limit come and go, so I am going to leave this blog somewhat unfinished and without the denouement it so richly deserves.

Which is so very like the life of a beautiful, broken, sweet and talented woman who chose to stop fighting the battle with her demons, both internal and external, and took her own life after smiling warmly for the cameras only moments before doing so.