Sometime ago I posted an article written by a self-professed “exceedingly attractive” woman who was having a good moan about women who were punching well above their weight and married or dating attractive, successful men.  Snopes said this was a possibly a hoax, but it highlighted some really cool and confronting stuff I want to talk about.

Here is the article in question..

Something strange happened after posting this. I got a lot of responses from single men and women, who agreed with the sentiments of the woman (real or fake though she may be) in the article. They also disclosed how fraught their own romantic struggles could be, but they were quite vehemently on board with her honesty regarding people needing to be attractive, and work on their external looks, as an absolute priority.

The happily married guys and gals chimed in saying lovely or amusing things about themselves or their partners. One quite cool guy stated he felt like he was punching well above his weight and his wife was amazing (she is by the way). Several mummy friends laughed and shrugged off the derogatory statements made about our comfortable clothes and ponytails.

I’d hazard a guess that the people who are jealous or incredulous towards the happily, comfortably married folks (male or female) and not-so-secretly noticing their faithful partners, probably wouldn’t have given them a second look before they were taken.  A simple case of grass is greener, or wanting what they don’t currently have. That’s fine, and it makes sense, so no harm no foul, provided the jealous parties don’t actively coerce the happily coupled types to jump ship.  And if they do, good riddance. 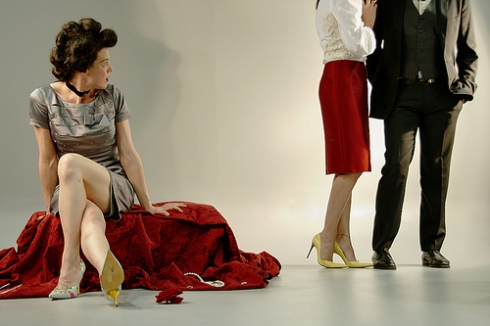 Consistent and long-term coupling takes effort and evolution as an individual and as a team. So yeah, sometimes the lipgloss gets retired as it is not a priority when we need meet the rigorous challenges of family life. 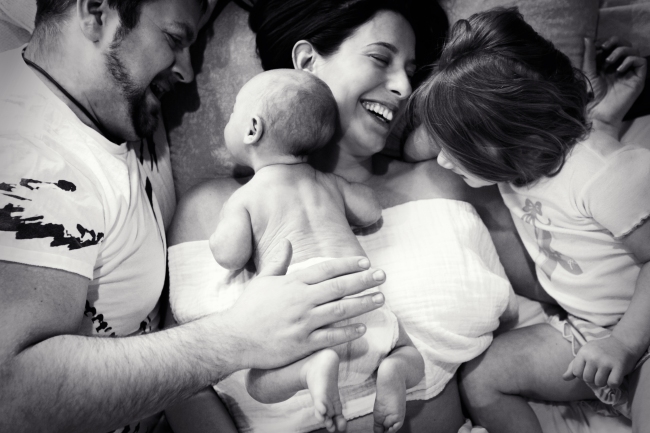 But standing on the outside looking in and thinking:  “Why doesn’t she just put in a touch of effort!  Look at her man all dapper and hot” actually makes a great deal of sense. It isn’t particularly helpful though, as I also think these women would bore quickly if they were subjected to the throws of domestic bliss of yoga pant, ponytail, and bare faced mummy types. 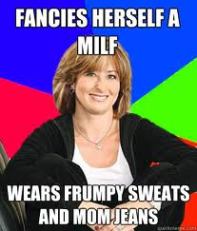 In my genuine experience, a lot of these guys think their make-up free, slightly frumpy female companions ARE beautiful.  Grumpy proper thinks I am one of the most beautiful women in the world.  He’s an absolutely ineffective liar, so experience tells me that he’s genuine in his assertions that, to him, I am.  I don’t think I earned this, I’m just grateful for the fact it is.  And to me, he is equally perfect and gorgeous.  Lucky or by design?  Probably a bit of both.  And it doesn’t mean that both of us don’t occasionally meet other human beings that we find quite irresistible in one way or another.  Meet enough people in this life and you’re bound to bump into a few you’d not mind bumping uglies with.  Sorry if that’s crass… We’re animals.  Choosing not to act on this stuff and resisting temptation has its own rewards though.

Here’s the thing: We are the women that have bore their children, tended to them when they get the man-flu, have seen them cry (yes, men cry) and laugh and everything in between. That kind of intimacy and collateral that builds up over months and years comes at a cost that nobody can ever quantify.  That kind of connection evolves over time and through trials, and it is not for everyone. And, quite often, that intimacy has a life expectancy for some people as well.  Many a couple have gone their separate ways when the kids fly the coop, or if priorities or personalities go too far askew in their trajectory.  This is life.

So I’ve spent the last couple of weeks skimming articles on attraction, relationships, marriage, courtship, physical beauty, sexual desire, and a variety of other subjects that were touched upon in the article and its responses.

I feel no more enlightened, but what I have confirmed is that although there are varied personal and cultural criterion for what people consider attractive, there are also some fairly universal themes.

Here’s a short list of stuff that just about everyone is looking for in a partner and a brief explanation of why:

Absolute symmetry in the human form is quite simply impossible. But we have an innate ability to seek it out and be attracted to it on both a subconscious and conscious level. While our mammas are making us in their bellies, the cells are striving for health and symmetry as they are being made.  Outward physical appearance of symmetry can be a basic indicator that your parents gave you good genes and you had a nice safe and healthy place to gestate so you’ll have plenty of good genes to pass on yourself.  Not that this is always the case, of course, but it is a thing our brains do consistently in clinical test and daily life.

Having nice clear whites of your eyes, bright smile, fresh breath, healthy proportional weight, rosy cheeks, red lips, great skin, good muscle tone, etc. These are all generally universally sought after traits.  We’ve even designed ways to “trick” people into thinking we are healthy.  Make-up colours and techniques tend to mimic the naturally occurring facial signs of health.  We also have gravity defying undergarments, platform shoes, fashion tricks like pin stripes to make men look taller and a variety of other tricks and hacks to put our best (and healthiest) face forward.

Good posture makes you look taller.  Taller is frequently considered more attractive. Posture also exudes an air of confidence, and confidence is something the vast majority of people relate inextricably with attractiveness as well.

Good personal hygiene is obviously attractive.  Different cultures have different definitions of what this actually is. Some cultures are quite keen not to mask their personal musk with such things as perfumes and deodorants, and a strong musky scent is considered just fine.  Other cultures primp and preen and mask personal odor with potions, lotions and scents.  Regardless, there is a conscious and subconscious reaction to the way people smell. Have you ever just been wantonly attracted to someone for no apparent reason, even, horror of horrors if you really thought they were a bit yuck?  You might just be falling prey to pheromones.

People with a lot of energy, even quiet confidence, are generally universally considered more attractive.  Sluggish, slouchy Eeyore types are not going to be imagined as the monster in the sack that most of us are keen to take for a joyride. Neither are they going to be seen as good prospects for genetic material or long term coupling. Humans generally crave comfort, protection, joy and even excitement.  Confident people hold the promise of these things.

Research also states that women have an evolutionary lean towards “bad boys” or “alpha males” or even “beta males” for genetic purposes, as these douche bags tend to have healthy genes (at least, according to our reptilian brains!).  They are good for coitus and procreation and not much else. However, for long-term coupling, the nice guy wins. And I for one, am eternally grateful for this fact, after being mixed up with several lifetimes worth of undeniably beautiful, but absolutely abhorant and appalling bad boys.

Men also crave an excessively brazen hussy on some level.  What is that saying? Men want their wives to be a saint in public and a slut in the sack?  Well, apparently there’s similar biological and evolutionary reasoning for this as well. Highly sexed and fertile women were historically more likely to breed prolifically. That window of the luteal phase of our ovulation where our cheeks flush, our lips plump up, our pupils dilate, and our legs more readily open is our most fertile point, and men are quite receptive to it on both a conscious and reptilian level. Apparently.

Historically, there were other, perhaps less highly sexed women in the household, tribe or village that took on the nurturing roles.  Or in some cases, women who passed their breeding prime took on these roles. This job sharing stuff was quite common until relatively recently, even in Western civilisations.

Even today, in many cultures and tribes phenomena like wet nurses and matriarchs are not uncommon. Cultures and religions that allow the taking of many wives for one wealthy man tend to delegate child-rearing responsibilities.

Modern women in the Western world place upon themselves and have placed upon them lofty expectations of performance, beauty, maternal instinct, youthfulness, success, and even vulnerability.  In modern Western society we are often expected to be perfect and able to do it everything.

Kind of unfair if you ask me.  Women are meant to be hot, ageless, maternal, sexy, independent, dependent, vulnerable, attractive, well behaved, entertaining, tough, kind, nurturing and needy all at once. Pretty tiring, and a tall order even for Wonder Woman. Sadly, gone are the days when households and communities could job share this stuff.  (Not that I am in any hurry to run out and get a sister wife anytime soon!)

Back to the point:

I’ll elaborate if enough people are interested in a second instalment.

It would be fantastic to hear some feedback on this before the next installment.  I realize that it is a bit married mamma centric, but I write about what I know, and what I know is indeed being a married mamma.

8 thoughts on “Attempting to Unravel the Truth about Beauty: Part One”