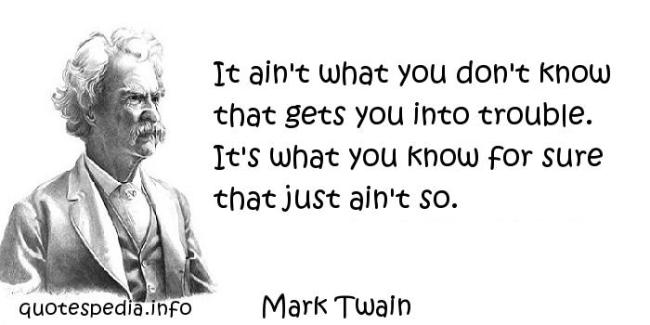 My dad has a saying, which I’ve always thought was pretty accurate.

“Opinions are like assholes.”  He’d say.  “Everyone has one, and they are usually full of…” You get the idea.

As you know, we’re in an election year.  So lots of people are sparking arguments and flexing their opinions on who they think you should or shouldn’t vote for. I particularly enjoyed this opinion piece that Grumpy read to me a couple of months ago:

We have some very dear friends who are staunch National voters.  I have no idea who I am going to vote for, but I am 99.9% certain that it will not be National. If you are also having some issues, here is a fun little website called On The Fence that you might enjoy. It asks you some questions and suggests who you might be most aligned to vote for.

Back to my story.

I adore the people I am talking about.  They are kind, generous, funny, supportive and loyal friends.  These facts do not change because they don’t vote the same as me.

They posted some pretty pro-National stuff on social media.  I don’t generally comment and stay as a-political as I can online, however, I chose to chime in on this occasion.  I mentioned something that the party has done that REALLY gets my blood boiling.  I also mentioned that I was a bit jealous that he obviously knew what party he was voting for.  I am currently no closer to making a decision and feeling quite disillusioned with the whole process.  I did not tell him he was wrong.  I didn’t tell him he ought to think or vote more like me.  I like him.  I cherish his friendship.  And I think he’s smart enough to have his own opinions about lots of stuff, not the least of which being which party he votes for.

Anyone who knows me knows that I have opinions about EVERYTHING and I don’t tend to hold back on sharing them.  Time and experience have taught me that trying to force these opinions on others is about as useful as attempting to paint a house with a toothbrush.  Both prospects are exhausting, and completely futile.  People will stick more firmly to their ideas if they feel they are being scolded or attacked.  So I try very hard not to do this.  However, I must say, it feels very nice to know like-minded people with similar philosophies.  I can let rip with my opinions (which can be fairly extreme) and not have to worry about offending anyone.  It makes me feel smart and supported to have deep and meandering conversations about social and environmental issues with people who share my ideologies.  And there are few things in life I enjoy more than engaging in these activities.

I suppose my way of sharing openly and loudly my thoughts can be a bit overwhelming to some people.  But let me assure you, if you are at the receiving end of one of my many rants, I don’t necessarily need you to change your opinions or agree with me.  I’ll give you a chance to voice your stance; all I ask is that you show me the same respect.  I learn a lot when I listen.  Sometimes I just learn that I feel even more secure in my stance on something, other times, I am given cause to change my opinions completely.

Let me share another quick story with you.  I think I might have confounded some new mums I met in the parents’ room where we were all feeding our newborns yesterday.  Three of us had very similarly aged children and with babies on our boobs we got chatting and laughing.  One of the ladies has only recently arrived in NZ and is trying to find her feet and some friends.  We exchanged details and I do hope we catch up again soon.

In short order, we established that we had quite a lot in common.  Both of the mothers vaccinated their children.  I am pro vaccination, so that was happily not a contentious issue in our conversation.  Either side of that particular can of worms can be fairly OTT in my experience.  Then one of the mothers asked about nappies as she wasn’t fond of Huggies.  I mentioned that I probably wasn’t the right person to be asking, as I used biodegradable nappies that I had to admit were far more expensive and probably weren’t overly awesome at containing things compared to the less environmentally sound options.

That small interaction outlined the fact that as parents we are all constantly running a gauntlet of other people’s opinions.   And man do people feel free to share them with you!  I’ve had friends, family, and even strangers stick their noses into my parenting practices with “helpful advice” ranging from when to start solids, to how we choose to discipline our kids.  For any new parents out there, I have to give you one piece of immeasurably useful advice:

Don’t take on too much of other people’s advice.

Seriously, there are conflicting ideas and ways of doing things.  Basically, if you give your kid a safe, loving environment and feed them frequently, you are winning at parenting.  So don’t be too hard on yourself.

So, in conclusion, I think my dad is once again wise indeed.  We all have opinions.  It is better when these are based on careful consideration and corroborated evidence than hearsay or whatnot.  I think things like the Dunning-Kruger effect are worth keeping in mind.  This effect is basically that people who are very sure of something (like their own abilities perhaps) are probably not actually as clued up as they think, while people who have doubts might actually know a lot more than they think.

Researching this blog, I stumbled across this study that showed people who feel good about themselves are more likely to consider other points of view, while miserable people are more likely to be unwavering in their opinions, despite evidence or rational arguments.  I found that fascinating, and I’d love to know what you think if you have the time to read the article.

People will have strong opinions, even opinions that you find unpalatable or offensive. It is not your job to fight to change what other people think and do every day of your life, nor is it mine.  If we really want things to change our best chance of success will be deeds, not your words.  Actions speak volumes and presenting the world with strong opinions leaves us open to scrutiny or can leave you looking like a hypocrite or worse, utterly wrong if you haven’t thoroughly checked your facts.  So be careful with your opinions, but absolutely free to have them.  We need different perspectives, and I like being challenged and given cause to change my thinking from time to time, and I hope that other people do as well.

Have a great rest of the week wherever you are.  And thank you for reading.

4 thoughts on “My Opinions on Other People’s Opinions”