I arranged to take this Disney cruise quite literally the same week I found out we were pregnant with our fourth child. We always do a babymoon, and this was to appease the older children more than anything.

Having cruised on NCL and Princess lines before, we had asked around and done some research, and Disney was heads and shoulders above all other lines for traveling with babies.

They are the only cruise line that will supervise children under the age of 3. There is a 9USD charge per hour for the privilege, which is exceedingly reasonable considering they feed, change, sooth and entertain your baby so you can have time to do with whatever you please.

Today I will outline our experiences for anyone considering taking a Disney cruise.

As this was our fourth child and our first big family vacation for a very long time by Hobbit standards (six months) I was given permission to book a two-bedroom suite. Very expensive. Private message me if you want to know how much and I will be glad to tell you so your jaw can drop as did Grumpy’s when he got the bill.

The suite was fabulous. Nearly the size of our first home in floor area. Three toilets, two baths and showers, two bedrooms and a fold out couch in a large and beautifully finished living area that included a large flat screen TV as well as dining table for 6. There are three single beds in a separate children’s room and a beautiful master bedroom with walk in wardrobe, dressing room and lavish on-suite bathroom including a spa. The entire room is tastefully decorated with walnut veneer, plenty of storage, and a wide selection of excellent reading materials on the bookshelves.

We would both rate the suite a 9/10 when compared with the other lines we have cruised.

The service was absolutely impeccable as well. The HR department deserves a pat on the back for their training and recruitment as not a negative word was uttered by any of the staff about their role, their experiences or Disney itself. I made the mistake on the last day of asking one staff member how they manage to stay so cheerful with screaming children, and being inundated with Disney EVERYTHING all the time. They were aghast by this, and said they loved everything Disney, and you know what? They meant it. 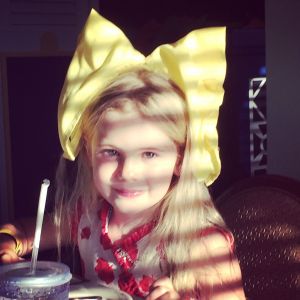 When you cruise with Disney you get a seating schedule and rotate around all the restaurants on the ship. A team of servers follow you from restaurant to restaurant and take care of your every need. They cut up the food for the kids, nothing is too much trouble. There are seatings for breakfast, lunch and dinner.

We found our lead waiter to be very politically insightful as he was from India and filled us in on the relatively new government there, as well as the state of things like the caste system and taxes. This was exceptionally eye opening and interesting to me, as there is surprisingly little general information about Indian political, economic and general affairs in the news in New Zealand. Apparently the top tax rate is around 18% and people find ways around that frequently.

His assistant was a good natured, warm and diligent woman from Jamaica. She has an 18-month-old child herself, and was amazing with the children. When I mentioned I had huge admiration for the personal sacrifices people make to fulfill these contracts and be away from the children, she was somewhat sad to think of her baby back home, but again, never uttered a single negative word and appeared to genuinely love her job and the children she was serving. I wish her all the best.

The third night of the cruise, Mickey Mouse walked through the Animators Palate restaurant, and I looked at all the happy children. The air was electrified with his presence and the joy and excitement of the children and parents around us was so real you could feel it in the form of goose pimples and chills. Some of the kids were special needs, some of them were make a wish kids. It reminded me of a cousin who I admire and Love a great deal who came on this exact itinerary cruise with her son not long before he died of an aggressive brain cancer. I started crying, and my Jamaican server gave me a big hug. I’m crying again as I write this, because it is a stark and raw reminder that life isn’t fair. And the embarrassment of riches I have been dealt must be paid forward. It was also a reminder to reinstate our family tradition of a Jack of kisses. This means five kisses, at least once a day for each of the children to remember their cousin. We have now reinvigorated this ritual and might be lucky enough to see my cousin on our way back through Canada in a few days.

Our room attendant was also from Jamaica. She had her 39th birthday while we were on the ship, so I got her a bottle of perfume from the store to wish her a happy birthday. She was gentle, kind, efficient, courteous, friendly and professional. My excitable and chatty daughter had a birthday a couple of days later, and Janice got her a lovely gift. She really went above and beyond in every way.

Staying in a suite you get a concierge service. Our concierge was originally from Zimbabwe and resides in South Africa. He was good-humoured, efficient, professional, courteous, and was in contact with us daily.

He went to great lengths to make us comfortable. The thing I personally found most refreshing was how human he was, and we he was the only person who was not appalled when I shared with him my exhaustion at the uber-formulaic Disney EVERYTHING. There are people who are so obsessed with Disney that they choose these cruises or Disney vacations every time they travel. We are not those people. In fact, we felt considerably like fish out of water in general, as our children did not have the Disney garb, nor did we make a massive effort at the trademark Pirate party.

He accepted that about us. And didn’t look at us as if we had leprosy if my trade-mark potty mouth came out, or if we expressed how uncomfortable we were with the terrific level of twee and extreme Disney everything. For that, I am very grateful indeed.

The facilities were clean and functional. The trademark Disney extravagances and surreal veneers were impenetrable.

The childcare facilities for my youngest son were fabulous. The manager of the facility was a young lady from Scotland with a refreshingly dry (but still personable and cheerful) way about her. They took great care of James and settled him after he threw up several times (as he does) after his bottle.

He always came home happy and relaxed, and they changed nappies and played with him and were not daunted by the fact he needs to be held and entertained constantly. They had him over 20 hours on the cruise, and let me come down to breastfeed him and called if he was upset. 10/10 for these guys!

The older kids were not smitten with the Oceaneers club. Adam did not make any friends, and neither did Daniel. Stephanie did of course. They spent hardly any time at kids club, which was actually fine with us, as we got to hang out with them in the beautiful suite and around the well-monitored pool facilities. There are lifeguards on at all times which was cool.

On the first night we dined at the only paid dining facility called Palo. The food was fantastic, the wine was divine, and our server Kat was lovely and professional.

My husband arrived in a dress shirt, vest and some jeans. He was turned away due to the dress code. This would have been fine, however the Maître Dee was rude. It was also incongruent, as my husband looked absolutely fine, and tidy. There was a table next to us where the woman was wearing a gingham print shirt and pants, and the dress code stated that women MUST wear a dress. (I know, what is this, 1953?). Kat was kind enough to find a pair of pants for Grumpy to wear. She even delivered them to him in our suite.

As my husband only eats fish, he ordered it for lunch and then dinner on our second day. He sent it back as he found it inedible. The fact is, they have to use frozen stock, and it ended up dry and unpalatable. The head chef came to apologise in person, and admirably made no attempt at excuses. He knew exactly what Grumpy wanted, and promised something special. That turned out to be a special order of sea bass defrosted slowly (in the fridge) and cooked perfectly. It was delicious. They also sent us a plate of garlic-seared shrimp. They went above and beyond to keep us happy and we were very appreciative. We also learned that Disney is the third largest buyer of food on the planet. This fact was overwhelming and proves again the magnitude of the Disney machine.

Although I am sitting here at 10:30pm the night before we disembark in Barcelona and I NEED to get off this ship, I can fairly safely say we will cruise again for the children. The room was perfect and the staff were all amazing, bar the rude Italian gentleman that made Grumpy feel uncomfortable.