This Blog is going up a week after my travels began… I’ll try and be a bit quicker from now on.

Today’s adventure started… erm… About 29 hours ago I guess?

I am currently sitting in the Lufthansa Senator Lounge in terminal 2 at London’s Heathrow airport.

Despite my flight to Munich being cancelled, I am feeling fairly genuinely fantastic!

Because I travel so much, I am top tier with Star Alliance.  This trip has been in business class so this is the absolute tip top of plush travel before you start talking about private jet territory.  Oh, and there’s also a private terminal for celebs and so forth here at Heathrow which I have no interest in finding or joining because I am more than happy with the mind blowing service I get at this level of travel.

So, I’ll skim over LAX and get into a review or my 6 or 7 hours at Heathrow.

LAX sucks a whole, heaps and awful lot.  I spent more than an hour going through three checkpoints at customs and immigration, and then another hour getting BACK through security.  This was TRANSITING!  I wasn’t even landed.  Suffice to say there was an entire flight full of miserable travellers getting back on NZ2 after this stupidity.

Not okay America.  Not okay LAX.  Up your game, because there is NO WAY that that was necessary!  Try ANY OTHER AIRPORT ON THE PLANET if you want to learn something about not being immensely frustrating and wasting everyone’s time.

My advice to anyone heading to Europe is DO NOT CONNECT THROUGH LA!!!!

So I got back on the plane and settled into my seat.  Had a good loud moan with the rest of the passengers in our cabin about our experience.  Had a single glass of champagne (which I generally do not do when I fly long haul, I only drink water) and then ate something and went to sleep.

Landing in Heathrow was a very different experience.

Queues were small.  Staff were cheerful.

I got into the terminal and it was familiar and comforting.

Walked around for a bit taking in the very British feel of the terminal.

By the time I got to the lounge I was pretty tired of walking, and found out that my flight was cancelled.

Being the seasoned, and ever so reasonable traveler that I am, I decided to chill out and head for the showers at the United Airlines lounge.  Here, I enjoyed a leisurely hour and a half just showering, grooming and being locked away from people.

I took some pictures of the facilities. The United Club was very pleasant indeed, I didn’t stop to eat or drink anything as I had so much time I went exploring after my shower. 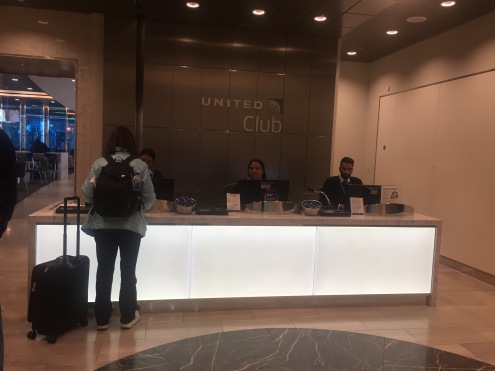 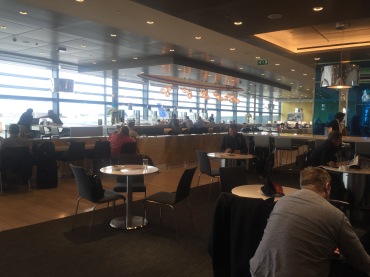 I decided to go on an adventure around the terminals.  Heathrow is MASSIVE!  And there are people coming and going and connecting and scurrying all over the place.

At one point, I was trying to pass from one terminal to another along a corridor, but the door was closed for some reason.  A large group of people had congregated at the bottleneck and some were getting obviously anxious.  I try not to get anxious when I travel, but I guess I could understand why these people were antsy.  Especially those with children or tight connections to contend with.

A man with a walkie talkie came and opened the door and the traffic flowed through with very little drama.

I returned to the Lufthansa lounge where the counter staff were exceptionally cheerful and friendly, and said that I am probably the nicest person they have ever dealt with when a flight got cancelled.  I thanked them, but said that I felt there was very little use being a grump about things, when it is so obviously not their fault.  It’s nice to be appreciated for not being a jerk though.  I do try very hard to not be a jerk. 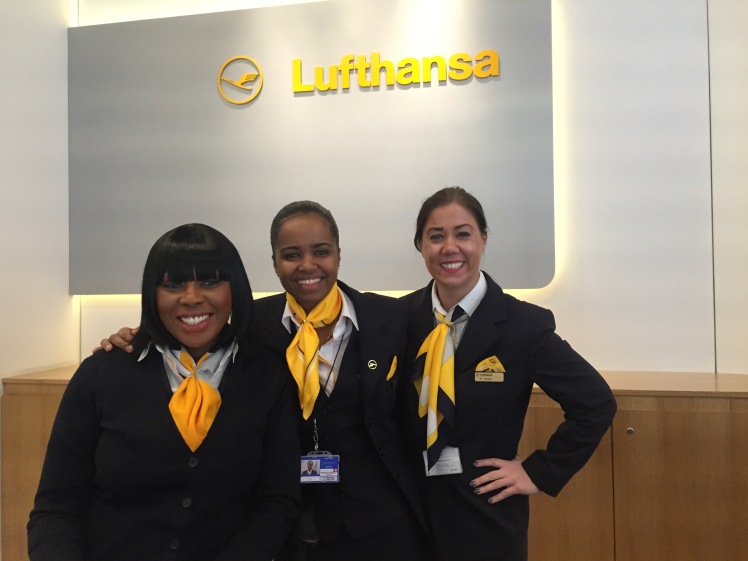 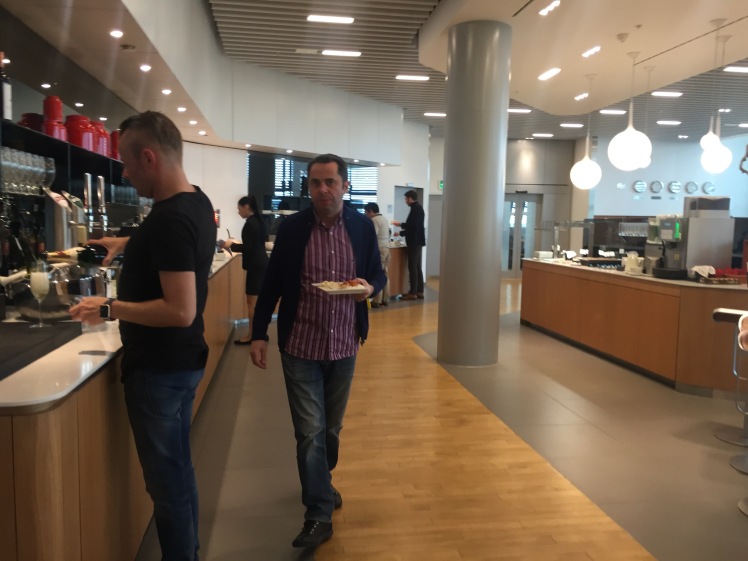 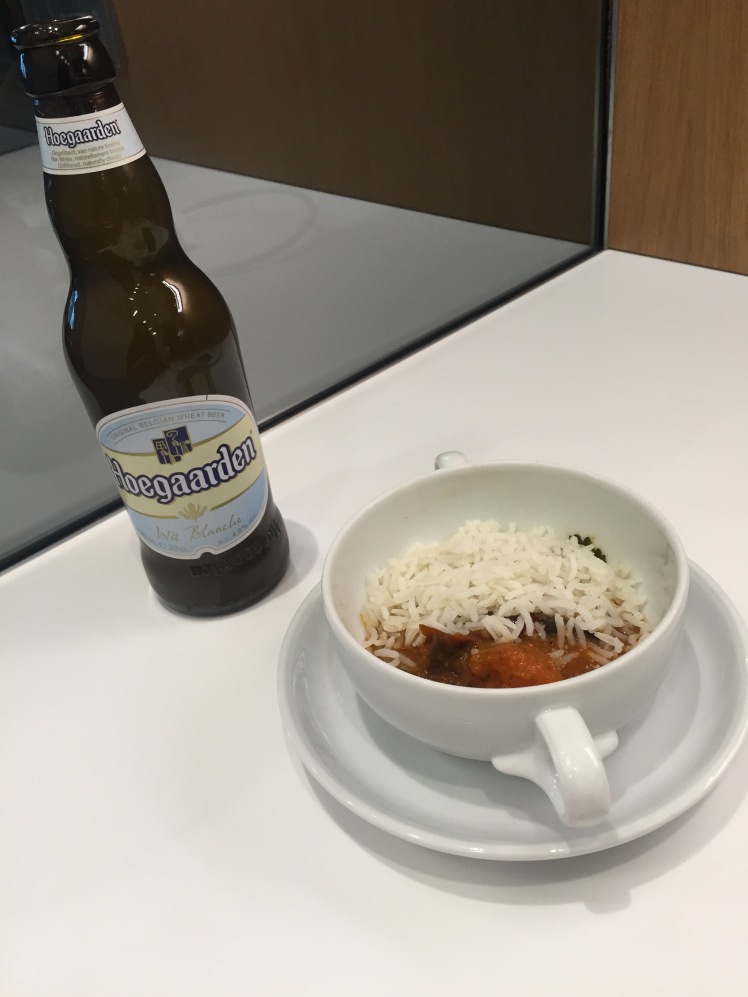 So I settled back into the senator’s lounge and had a beer and some prawn curry while I checked some emails and did some work.  All and all not a terrible day, but certainly a LONG one.

I arrived at the Munich airport hotel and checked in and called my beloved Grumpy before finally crawling into bed after nearly two days of travel.

This is the first solo trip I have done to Europe.  I’ve meandered around the continent heaps, but I’ve always come back to my beloved in a day or two as he worked trade shows and I played tourist.

I think it will be a long trip, as I am not used to being so alone for so long.  So far though, I must say I kind of like the peace.  I’ll let you know if that continues.

One thought on “LAX, Heathrow and HEAPS of Tired”