It is an overcast Saturday as I am sat at my laptop looking out the castle window toward the Port Hills here in Canterbury.

We arrived on the South Island on Tuesday.

Tuesday had been a typically hectic morning, with a mountain of major decisions being made, and all the swearing, emotion and banter being thrown around the ChargeNet and solPR office space. I Love and loathe the chaos and energy of those offices. I know that once the network is in, I will pine for these days, but right now I am in a constant state of feeling utterly overwhelmed.

We arrived off the plane and into the open arms of our South Island alternate universe family. Dennis and Debbie have four kids like we do and we fall in between the parents and the kids in age so we get along as equals with both generations.

I’ve become incredibly close over the past couple of years with the oldest son, who is an engineer and a brainiac and suffers no fools. He’s also a pathological over achiever and engages in an extensive menu of physical pursuits from anti-gravity yoga and circus acrobatics through to hiking and camping. So, he’s pretty much the opposite of a lazy hobbit such as myself.

Alan and I laugh a lot together and thoroughly enjoy each other’s company. He’s a decade younger than me so I often insinuate that I am a cougar because we do get along astonishingly well. He’s always good-natured in carrying on the joshing and jokes in this department. Phteven tells me I ought to just run away with my toy boy Alan, except, there’s no way I’d be able to keep up!

It is easy hanging out with Alan, and he takes me at face value. I asked him to be my “date” for the concert as Phteven was unenthusiastic about going.

We had a great night. He’s well known in his home-town of Christchurch and everyone who knows him partakes in similar ribbings about how active and clever and Alan-like he is. I got to meet his flat-mate and an old friend who he used to be in a cheerleading team with. Can’t go anywhere with this boy it seems. He’s basically a local celebrity.

At the concert, we got to see one of the cutest couples on the planet. Miranda and Jono are a gorgeous pair, and have been dealt a succession of blows which make me angry and sad for them. He’d only recently started a job at the adventure park that he loved, and the port hill fires destroyed the park leaving him and countless other people at a loose end. They’re still hopeful and positive and beautiful and I wish them a flood of happiness and opportunities. They have each other and are so obviously deeply in Love that you can’t help but feel a bit warmer about the whole world in their presence.

After seeing our friends we did a turn around the arena. Some fairly tipsy gentleman stopped Alan and I to ask if we met on Tinder. Without missing a beat we both said we had, and that it was our first date and we hoped it went well. The man heartily congratulated my much younger date on “getting pretty lucky there mate” and we carried on back to our seats where I haughtily reminded him that he’s punching well above his weight being out on the town with someone as fine as myself. Eye rolls and laughter ensued.

Wednesday was a blur of kid activities, meetings, people, phone calls, and social media updates. We couldn’t visit any of our local friends as it was a school and work-day.

We had dinner out with our hosts and I got to sit across from Sheree and her husband Tim. Tim is one of the driest humoured humans I’ve ever met. He takes a while to warm up to people, and he did with me. I’d confidently say we’re friends now, and he treats Sheree so well. He’s an amazing dad, a funny straight man, ballsy entrepreneur and someone I really like talking to as I often end up in stitches from the “did he actually just say that?” laughter.

After a few visits and some social media engagement I have whole-heartedly adopted Sheree. She’s the baby of the family. She’s not afraid of hustle and funny to a fault.

Thursday we were up at the crack of dawn to drive to Dunedin to meet our friends in Waitate and for Phteven to attend a meeting with Scott about EV and charging and infrastructure etc. (the usual stuff).

Jenna made us quiche and delicious Turkish coffee and incredible cake and squares. We talked about a project we are working on together and I’m really excited to seeing it come to fruition. We also found out that Phteve’s old friend Met is looking to borrow a car for a bit and would be incredibly keen to have an EV. So we’re lending her our baby bimma. Think she’ll be needing it for a month that we are not home anyway, so that went well.

After meetings, charging the car and chasing the kids around the Octagon, Phteve and I reunited and headed to the Museum. There were cameras and nerdy t-shirts for days and I felt very much at home among the crowd.

Strangely though, I had no desire to initiate a conversation with anyone. Can thank my magic meds for that I think, as usually, I’d be chatting up every human friendly enough to make eye contact. That Dee is long gone now and I tend to prefer talking to people I already know.

At the event, there were canapes in the colours of the aurora. There were speeches from a very nervous and heart-meltingly humble and enthusiastic Ian and a less heartwarming, but very nice mayor.

It also happens, that our friend Oana is in charge of the astronomy department and planetarium, and we DM’d for a bit and got to hook up for a hug and a hi as we poured into the planetarium for the presentation on the lights.

The flight was magic. I slept through a lot of it and Adam slept through most of it, as the life and pace we maintain is overwhelming to say the least. I did watch the ghostly aurora dancing out my window and overhead as we circled it in our soon to be retired Boeing 767 aircraft. 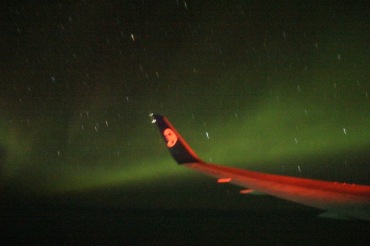 Daniel and Phteve took pictures and marveled out the window and reminisced on our trip to Whitehorse in the Yukon territory in Canada the Christmas before last. We had three weeks as a family, no nanny, no work, no-one but us. I’d like to do that again as it remains in our hobbit heads and hearts and we all talk about it often. We are away from the children a lot more than most families, and it is nice to make them an absolute priority sometimes.

We got in at 5:00am. Paul picked us up in LOLGAS. He’s a good egg, and much, MUCH quieter than me. We dropped him at home and I carried on over to Signal hill. It was a crisp and beautiful night and the stars and lights of Dunedin twinkled in the still and frozen air.

Then we nipped back to the charger, and all fell asleep for an hour or two before our next meeting, while charging the car. 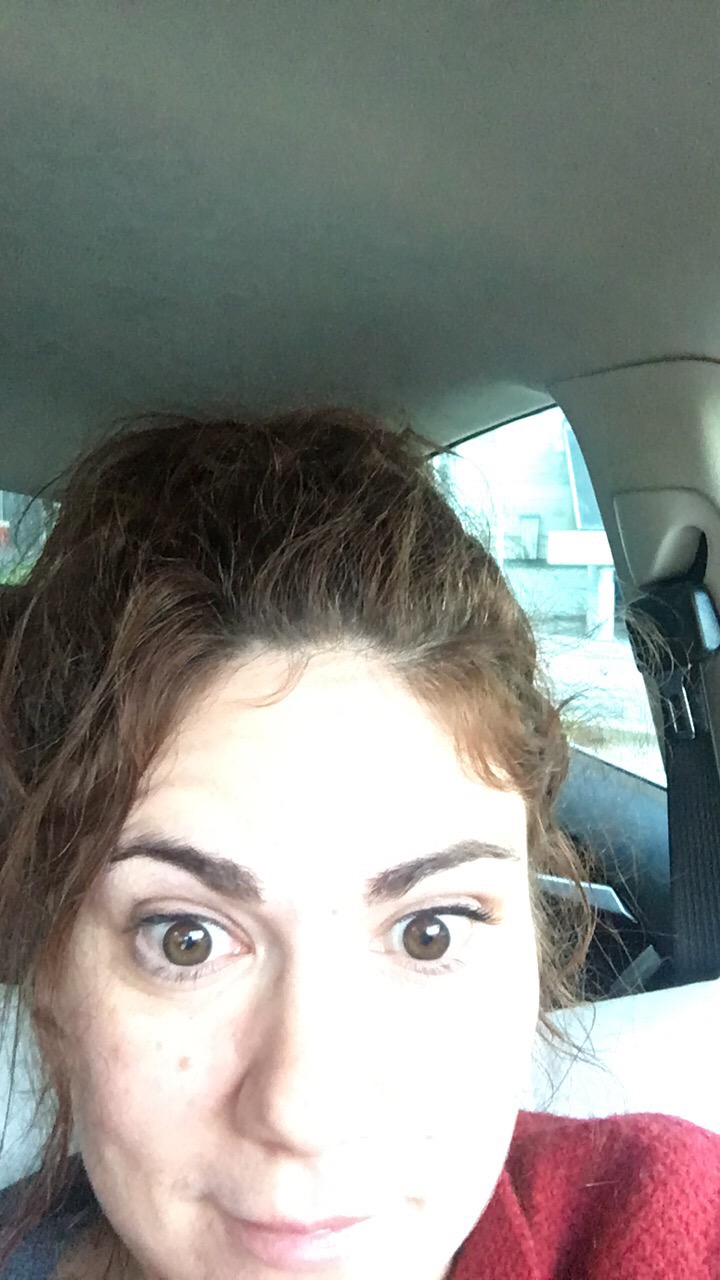 The meeting went well and Phteve will be speaking with the Otago movers and shakers in the energy sector when he drives through in April.

We then stopped in to see Allan and his business partner, sadly I did not get to see Veronica (Allan’s wife). I also missed out on seeing one of my favourite people the irrepressible Pam. She’s a firecracker and I proper Love her and all that she does to try and make the world fairer, cleaner and better. 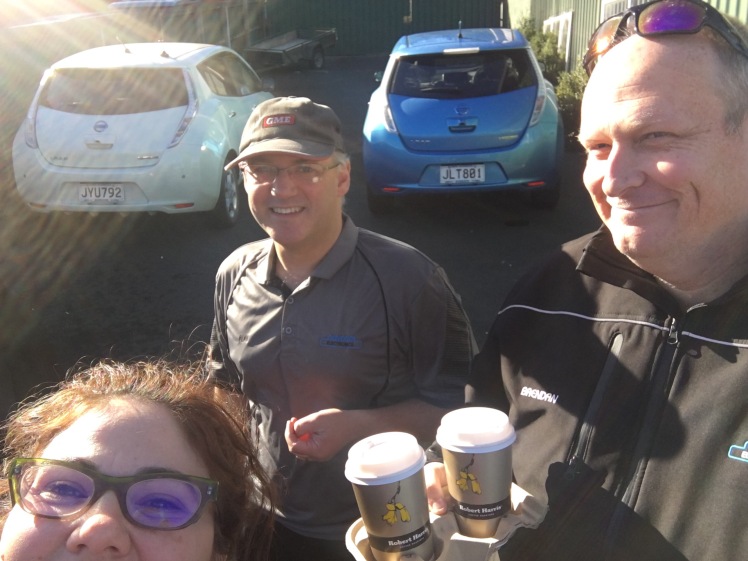 Then we booted it back to Tai Tapu. A quick charge in Waimate was all we needed to get comfortably home.

Arrived home, I thought I had an event (which is actually next month) in North Canterbury so I drove out and back and called my husband and we had Teppenyaki with the boys.

Fell EXHAUSTED into bed and slept till 9:00am.

That brings me to today… More on this later maybe.