This morning I woke around 5:00am.  That’s 7:00am in New Zealand, so a respectable hour.  I did not leave bed until 7:00 and stayed snuggled in my dooner (Australian slang for duvet for those who are not antipodean) reading and listening to music.  I keep putting my book down as I do not want it to end.  The words and story are so delicious I want to savour them and extend my pleasure in experiencing it for the first time for as long as possible.

Chats online revealed that Adam West had passed away at the age of 88.

We knew that he would not be alive forever, but this cultural icon and heavyweight geek heartthrob is woven into the fabric of our family, as we opted to name a child after him and cram Batman paraphernalia down the poor kid’s throat from the time he was a baby.  Cruelty or awesome parenting, who knows.

After breakfast with my darling friend Ranae I went for a walk around Chinatown.  A morning walk in Melbourne requires music.

I opted for a soundtrack of music that does not postdate 1978.  Carol King, Simon and Garfunkel, Otis Redding, Bill Withers, Ella Fitzgerald and Billy Holiday. Slow Slippy snuck in as I walked, and I am glad it did as it is a great song to walk to.

Arrived back to the news that Robert, who has become a firm and respected friend, will be leaving the study tour.  Not good.  But his reasons are earnest and his disappointment in the situation in general is palpable.  He will be missed.  We all adore him and I still have so much to ask and learn.  But the years will deliver more opportunities to meet and argue I am certain. 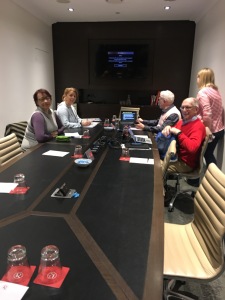 We had a cross-cultural communications lecture delivered by Chris Galloway.  He is an incredibly intelligent and principled man, who spends a great deal of time in far flung regions, delivering PR advice to a diverse and very un-western audience.  He has spoken at key-note level at universities and conferences in Palestine and Pakistan and Iran.  He is also a staunch Christian, with a tolerance and respect for other religions that is admirable.

Our discussions reminded me of the film “Hologram for the King” with Tom Hanks.  I can’t remember how I happened across it, it was likely on a plane.  Excellent movie that covered a lot about Johari window stuff, and cultural norms, and perceptions, and perspective.  It also covered change and embracing a midlife crisis situation like a boss.  At any rate, a very good example of cross-cultural communication and what is possible if we embrace and accept things rather than fear them or try to control situations.

Through the day, the debates were lively and the disagreements were many in this session.  I like nothing more than a polysyllabic debate with educated people.  I was very sad that our session had to end.  I could have stayed and learned and debated long after we wrapped up at 12:30.

Lunch at a Greek restaurant after we snooped around a Greek Orthodox shop and I bought an evil eye trinket. 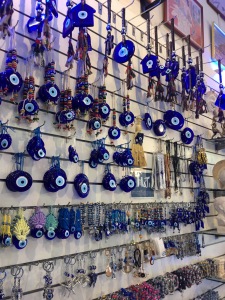 Skyped with the kids and chatted with my colleagues.  Then headed to the bookshop.  Too many options!  I bought a book called Finding Fibonacci for my eldest son Daniel, and a couple of sustainability books that have been recommended to me.  I also got George Orwell’s “Why I Write” because writing is the only thing I can think of that I can do to impact the status quo.  Not that there currently is a status quo.  We are in a state of flux and change never before seen by humanity.  I have faith in us.  Faith and fear.  I hold onto the faith through cathartic (though sporadic) writing sessions and I acknowledge the fear. 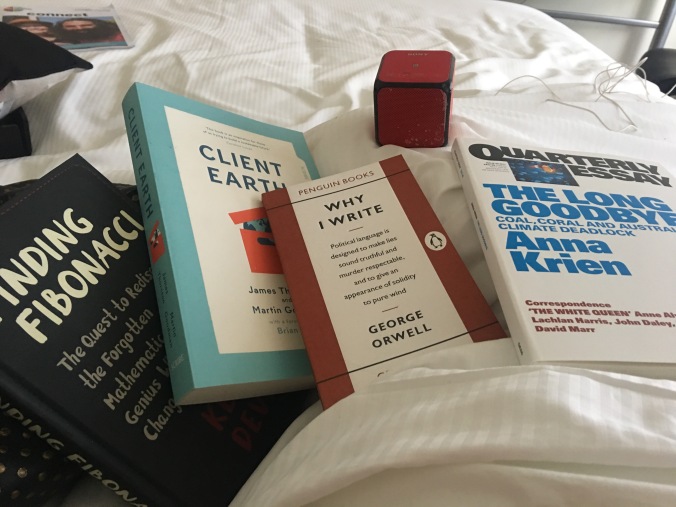 So that’s it.  Day three has been another winner.  I will get back to reading once I have posted this, and then I will meet my classmates for a debrief of todays activities.  Tomorrow we have more lectures in the morning and then we are heading to Singapore where I will see my very dear friend Harri and her husband Tim and son Owen (who is Daniel’s very dear friend).  There’s people I Love on every leg of this journey.  I feel like the luckiest little Hobbit in the world to be able to be a part of that.

I am in Melbourne.  I adore Melbourne.  It makes my top 20 list for favourite cities.  Maybe even top ten… wait, no.  Probably not top ten.  Scandinavia and South America take up quite a lot of space on that particular list. 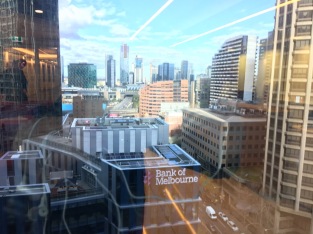 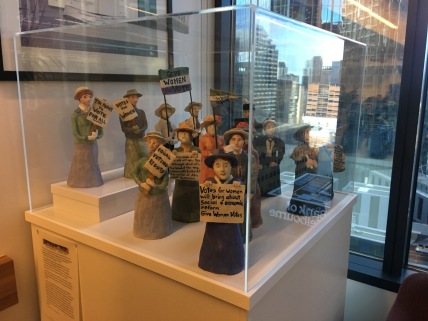 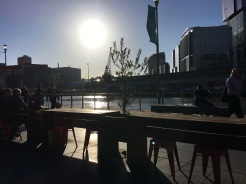 The reason I am here is a study tour for a Masters degree I will be finishing off next year.  I am deeply and importantly in Love with my classmates.  Philipa is a brilliant and feisty woman, with a keen sense of observation and an occasionally sharp tongue (and I adore it when it comes out).  Ranae is a beautiful, gentle, graceful, caring woman who oozes warmth and Mana.  And Robert.  What do I say about Robert? I absolutely adore him.  He is the poster boy for old school and serious business buttoned up.  He has worked with all the areas and industries that I rage against in my work and life.  He’s corporate to the max and we disagree constantly, but have an incredible level of shared respect for each other.  I am so excited to have more than a week to disagree with Robert.  And learn from him.  He’s a proper top level communication genius. 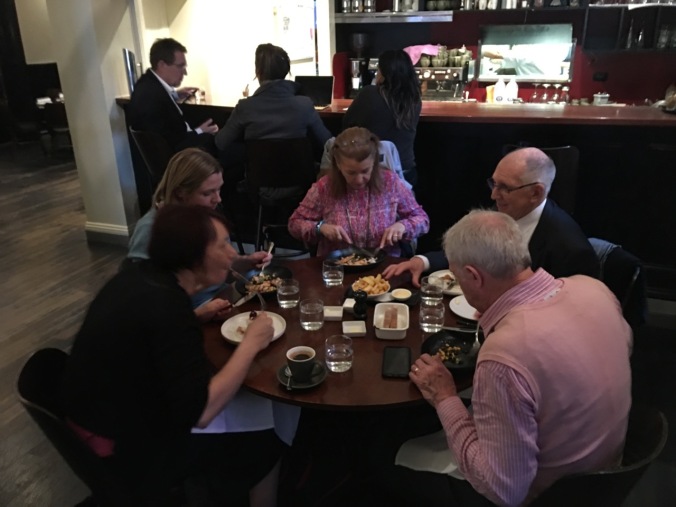 Today we had a full day of lectures at the University.  Three professors, seven hours and my brain is full.  I managed all of this after getting kicked square in the liver by some of my favourite people on earth.  They are a super kind, intelligent, couple who we met when they were on their honeymoon Scott and Tash.  Tash made Dee some negroni.  Negroni tastes really really nice.  I will probably never drink another negroni because I am pretty sure I am allergic to it now.  I still Love them both to the moon and back.

Despite having a stonking hangover, the lectures were perfection.  We talked about the speed at which everything changes, and people who can’t spell (shakes fists), and crisis planning and management.  I generally despise crisis comms.  I find it depressing and stressful, but today, it was made accessible and interesting.  Will be implementing the formula and strategies across all our businesses and charities.  And there were case studies for days and days and days.  I’ve always been partial to a good case study.

Communication people are the story tellers.  PR folk are a curious bunch, who genuinely like people and sharing information.  At lunch we all got to talking and sharing stories.  All three guest lecturers were extremely human and funny.  Discussions were lively and peppered with hearty laughter.  We discussed our kids, our partners, our work, the trip so far.  I noticed that even body language among comms people is a bit different.  We have all been trained in non verbal communication and active listening (I have trouble with active listening, I am more of a an active talker).  So because we know that 80% of messages are non verbal, and it is not just what we say but how we say it, we make eye contact and mirror people we are speaking with.  We are chatty, we are charming, we use humour and have a mastery of language that allows us to modify our speech to suit a mood or situation.

Connection, authenticity and activation are the holy trinity of this industry.  For startups, NGOs, public sector, private sector, and corporates alike.  Our work is to share stories and meet people where they are and how they are and encourage them to do things, or perhaps, discourage them from doing things.  The call to action is the key that opens doors, and relationships are paramount in all that we are.  Real, meaningful, engaged relationships that evolve and need to be maintained and monitored.  We are an industry of soft skills.  And it has been fun to see those in action all over Melbourne.