Contrary to popular belief, altruistic and philanthropic behaviour does not automatically make you a nice person.  Some of the people who have effected the most positive change in my lifetime, and throughout history, have been rather unpleasant personalities by a variety of standards.  And I think that’s just fine.

Being blessed as I am to be surrounded by geeks in my social and professional life, I am frequently reminded what a genius, and possibly a tyrant Mr. Steve Jobs was.  Apple changed our daily lives the world over, and also stood by political figures and causes that I personally feel very strongly about.  Steve, himself, was more than a little bit controlling and inflexible, and not the type you would ever want to trifle with.  Numerous accounts of people who knew him have led us to believe he was not a very nice man.  But he did some very good things, and left a legacy that is omnipresent in modern society by and large.  Apple is also well publicised as being one of the “stingiest” of all the multi-national corporations on earth today.  They are working hard to shake that (arguably well deserved) image 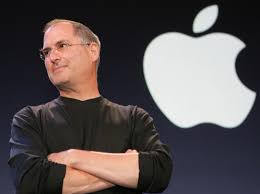 The conundrum of the Gates empire and subsequent philanthropic foundation being possible through dubious and even cut throat legal and business practices has long caused my head to ache.  Bill and Melinda Gates do great work, and are thoughtful and involved with the innumerable charitable endeavours they involve themselves with.  The Microsoft empire was, however, strengthened to monolithic proportions through anti-competitive behaviours and even bully tactics.  Do ends justify means?  It is all a bit too much for me to digest, but I do wish more people gave back on the scale that these guys do if they have the means to do so. 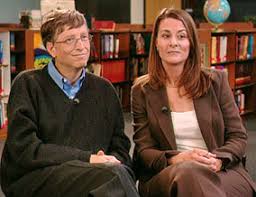 I’ve heard a lot of accounts of Mother Teresa being a prickly and driven character, and some accounts even suggested that her priority to convert the sick and suffering over helping, educating, or comforting them to be misguided.  I wasn’t there, so it is not my place to say how right or wrong, or righteous or misguided her actions were.  What I can say, is she left a legacy and lived and breathed a life of sacrifice and service.

Even in NZ, with the Glenn, Todd, and Tindall foundations.  People have strong feelings about these richest of Kiwi family empires, how they earned their money, and how they are now giving back to the community.  At least they’re doing some good and giving something back.  And with the kind of money they have, I strongly doubt their motivations are just tax exemptions.  I like to believe that they are giving back because it feels right, and successful business management can easily translate into successful charitable endeavours, so good on them.

Here’s my take on all of this:

Doing something to try and help is a good thing.  Having the conversations about who gives an how they do, is also good.  We need to think about things, we need to work together, and we all need to roll up our sleeves and chip in where and how we are able.

Humanity gets it wrong an awful lot.  It has been suggested that aid that has been given to war and drought ravaged areas of sub-saharan Africa has arguably made things worse and caused long term damage.  Well meaning do gooders coming in and digging wells, building schools, distributing medical and nutritional aid has taken some of the onus off of the governments there to do their duty to help and protect their people and set up robust social and economic policy as well as to police human rights and civil liberties as per United Nations guidelines.

The developed world has sat by in the information age while genocides, ethnic cleansing, and terrible atrocities have happened (Rwanda, Bosnia, Syria are just a few examples).  Feeling bad about it changes nothing, ignoring it changes even less – but how on earth do we stop it from happening again and how does one little person such as myself your you effect change that will eventually reach the necessary channels to STOP these atrocities.  I have no idea.  I wish I had some clue or a suggestion of what we could do, but I don’t.  I do know we have to talk about it.  And I do know that we have more power and a louder voice as individuals than ever before in history – so perhaps we should be using it?

Sorry for getting a bit uncharacteristically heavy – I’ll bring it back down to my normal tone now.

Everyone gives in different ways, to different causes, for different reasons, and in varying relative amounts.  Some people volunteer in their own community through churches and schools.  Some people give a few hours here and there to local animal shelters.  Some people really go the distance and leave well paid jobs to volunteer in remote and desolate locations with the peace core, like a guy we know from Seattle named Doug who is one of my heroes, and a great source of inspiration.

I’m going to lay it out on the line now and explain quite honestly why I do choose to do charitable work:

I give because I am addicted to the feeling I get from helping.  Seriously.  It is that simple.  I am a total junkie when it comes to the connectedness I feel with humanity and the universe when I reach out to a stranger, friend, animal, or connect with a cause that I believe in.

There isn’t much selflessness in it, I “do good” for my own gratification, not because it makes me feel bigger or better than another person.  It does, however, quiet the demons I battle with, and it make me feel safer in the world as a whole when I get off my bottom and do some work that I can see is affecting positive change that is far bigger than any one person.  I need to do this so that I feel like there will hopefully be far reaching positive impacts while the forces of evil and greed are working in other capacities to do harm to the planet and most of the people on it, for the benefit of very few.

I encourage you to find your motivations for contributing to the world around you, and not feel guilty about it if you do find that your being just a little bit selfish in your selflessness.  Personally, I think that’s pretty healthy.

Here’s a few suggestions that I hope will help more people to be more involved and volunteer and contribute more to worth causes and campaigns:

1) Make it easier – Well run charities and events have very clear expectations for those giving their time and resources.  If we all had easy access to charitable endeavours, and they were organised and rewarding, more people would be more inclined to chip in.  I’d be happy to get the kids out on a Sunday afternoon to pick up rubbish on a beach, or plant trees, or make sandwiches for a good cause, if I knew how and when to get involved.

2) Don’t Judge – I have to work on this one.  After working with countless individuals and charities, if people rub me up the wrong way or I feel like their motivations are askew or for whatever reasons ill-aligned with my own ideas of goodness and light, I can find it difficult or unenjoyable to work with them.  People should be celebrated for giving up their time as it is the most precious resource any of us have.  People should also be given the boundaries, training, and guidelines to make the most of that time and feel appreciated, respected and useful.  Some people want a big public song and dance, other people want to quietly and humbly work away at tasks without anyone making too much fuss over them.  Some people want to lead, some people want to be given tasks and quietly go about them.  A really great charity or event will take the time to get to know their employees and volunteers and get the best out of them by figuring this stuff out and working with them in a way that makes everyone feel comfortable and valued.

3) Follow your passion and let others do the same – If you are a leader, encourage people around you to help you out or get involved with causes and events that they might enjoy. If you see something that needs to get done, get stuck in and DO IT!  If you are a more introverted “doer” type, then find something that you are interested in that you might not have had the chance to get involved in (animals, art, sports, etc.) and make contact with organisations and let them put you to work beavering away in the background as it suits you best to do so.  Volunteering is kind of addictive, and once people start getting out and getting involved in community and charitable causes and events, they’ll generally want to keep helping for lots of reasons.  It may be that they enjoy the social aspect, want to up skill, desire a feeling of accomplishment they might not be getting in other areas of their lives, want to “pay it forward”, crave recognition… Who CARES why they do it, but good on them for getting up and giving it a go!  Start a conversation with those around you about volunteering, and encourage everyone you know to get up and help out with something that is close to their hearts and will make them feel good.  It really is a win win when people find a good fit and help out with something they feel good about.

4) Be patient, kind, and compassionate – Everyone is busy.  And it seems that the race to keep a roof overhead, food on the table and still meet the ever increasing “needs” of family and social responsibilities means people are more stressed and have less down time than ever.  That’s why, whenever anyone gives their time or resources you must be gracious and appreciative and as flexible as you can when you are dealing with them.  Take the time to find out who your volunteers are, how they like to work, and what they do and do not like, and try to be as accommodating as possible when you’re dealing with them and chances are, they’ll be back to give their all time and again if you call on them.

Not everyone you work with or volunteer with is going to be your best friend, and there will be times when personalities and agendas rub you up the wrong way.  Suck it up, and remember, some of the world’s most effective people stepped on a lot of toes, and rubbed a lot of people up the wrong way while they were changing the world.  So get out there, find your passion and take deep breaths and focus on the bigger picture if and when you run into people who test your patience and resolve.  Someone, somewhere has probably felt the same way about you at some point too.  But without us all pitching in and giving it a go, nothing will ever change for the better.

Have a great weekend everyone.